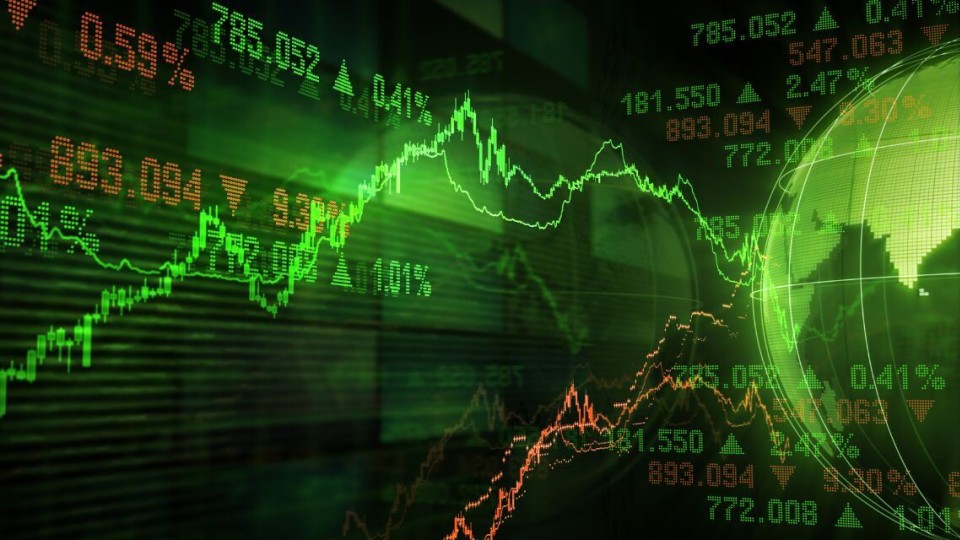 Stocks were mixed in Asia on Friday as soaring inflation and a series of interest rate hikes around the world continued to fan recession fears, while a big miss on Chinese growth added to anxiety about the world's biggest economies.

Stocks were mixed in Asia on Friday as soaring inflation and a series of interest rate hikes around the world continued to fan recession fears, while a big miss on Chinese growth added to anxiety about the world's biggest economies.

Below-par earnings from Wall Street titans JP Morgan and Morgan Stanley compounded worries that companies' bottom lines would be hit by the economic fallout from a series of issues including rising prices, monetary policy tightening, and the war in Ukraine.

After rate hikes by a number of countries this week, investors expect the Federal Reserve to lift rates this month by 75 basis points as officials battle to rein in decades-high inflation, though some observers suggest a one-percentage-point move could be on the cards.

The latest outsized US inflation print this week -- caused by a spike in energy prices -- followed last Friday's news that job creation remained strong in June, giving the Fed room to press ahead with its campaign to suck cash out of the financial system.

However, while experts warn that raising rates too many risks hammering the economy, the bank has made it clear its number-one priority is bringing down prices.

This has sent the dollar racing higher across the board, and Steve Englander at Standard Chartered Bank warned there was no end in sight to the unit's advance.

The currency's strength is "largely a flight to safety", he told Bloomberg TV.

"The problem is until we get to see some light at the end of the tunnel with respect to either inflation coming off or oil prices coming off because of supply creation rather than demand destruction, it’s hard to call a top to it."

With investors increasingly pricing in a recession next year, equities are struggling to see any upward momentum.

Wall Street's three main indexes mostly fell, with sentiment weighed by the disappointing reports from JPMorgan Chase & Co. and Morgan Stanley. They will be followed over the next few days by Citigroup, Goldman Sachs, and Bank of America.

In early Asian trade, Hong Kong dropped and mainland Chinese markets fluctuated after data showed China's economy grew just 0.4 percent in the second quarter as it was battered by Covid lockdowns in major cities including Shanghai and Beijing.

The reading was well off the 1.6 percent predicted by analysts in an AFP survey, though there is a hope that it will provide fresh impetus to authorities to unveil new stimulus measures.

On currency markets, the euro continues to hover around parity with the greenback as the European Central Bank grapples with a range of issues including an energy crisis amid fears Russia will cut off its gas supplies in retaliation for Ukraine war sanctions.

Meanwhile, policymakers have yet to lift interest rates -- leaving the bank well behind the Fed -- on concerns about the vast differences, or "fragmentation", between the eurozone's individual sovereign bond rates.

Added to that is new political upheaval in Italy as the government there teeters on the brink.

"With a weak currency, sky-high inflation, recession risk due to the energy crisis and political turmoil in Italy, the ECB is facing an impossible mission to solve all its problems simultaneously with monetary policy," said SPI Asset Management's Stephen Innes.

"Front-loading a 50 basis point hike and revealing a solid anti-fragmentation tool seems the optimal solution for the central bank... but that is likely not enough to support a sustainable euro rebound."

Traders are keeping tabs on the Middle East as Biden tours the region, with his visit to Riyadh later in the day the main focus as he tries to persuade the kingdom to help bring down crude prices by pumping more.

While both main contracts have fallen in recent weeks to below $100 owing to demand fears caused by a possible recession, there are disagreements over the outlook for the market, with some predicting it will surge to new highs and others warning it could fall to $65. Source: MSN