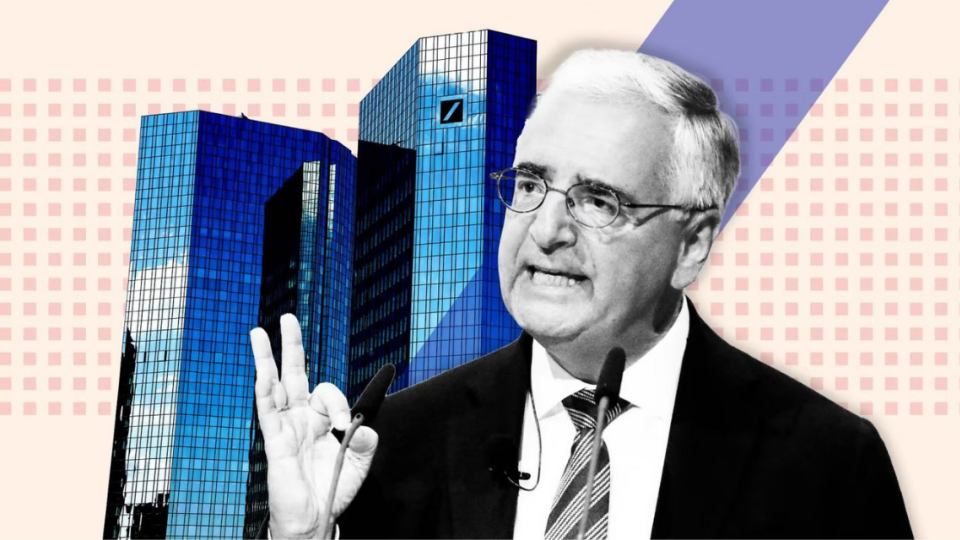 For Paul Achleitner’s successor, the priority will be restoring the financial health of the German lender ahead of a round of European banking mergers

After a decade of scandal shaped by billions of euros in losses, a flurry of misconduct and compliance cases, and boardroom battles it looked — just for a few hours at the end of April — as if the outgoing Deutsche Bank chair Paul Achleitner was going to leave on a high.

Germany’s largest lender had just completed its first share buyback programme in 16 years, which was intended to mark a return to normality.

And two days later, on April 27, Deutsche announced its highest quarterly profit in almost a decade — €1.2bn. In another positive sign, the profits were driven by not just its investment bank arm but also by the corporate bank and retail units that had long been lacklustre.

Yet just two hours later Achleitner was robbed of his swansong when Frankfurt’s stock exchange opened and Deutsche’s shares took yet another beating.

A slightly more pessimistic outlook on costs, a small fall in its capital ratio and a warning over repercussions from the war in Ukraine sent the shares down 6 per cent in a day. And reinforced the sense that Deutsche is still struggling to convince investors that it has turned a corner.

Within 48 hours Deutsche had a high-profile reminder of its recent history when federal police, local prosecutors, and the regulator BaFin raided the bank’s twin towers in downtown Frankfurt, to investigate whether the lender had failed to flag suspicious money flows involving some of its clients.

The raid revived memories of spectacular police actions in late 2012 over VAT tax fraud and in 2018 over money laundering that shook the bank to its core.

“It’s just a brutal environment for us and other banks,” says one senior Deutsche banker, admitting that senior executives were “immensely frustrated” by April’s share price fall.

It was all the more painful because the lender’s stock had risen by a third in the three weeks to mid-February to its highest level in four years.

“You finally saw the uplift coming into banks because of rising interest rates. Everything that we’ve been working towards for several years was beginning to really show through.”

Achleitner’s contentious 10-year stint ends on Thursday when he will use the bank’s annual shareholder meeting to hand over responsibility to his successor, former insurance executive Alex Wynaendts.

He will inherit a bank that in 2007 was the world’s largest by assets but is now only a shadow of its former self. Source: Financial Times...