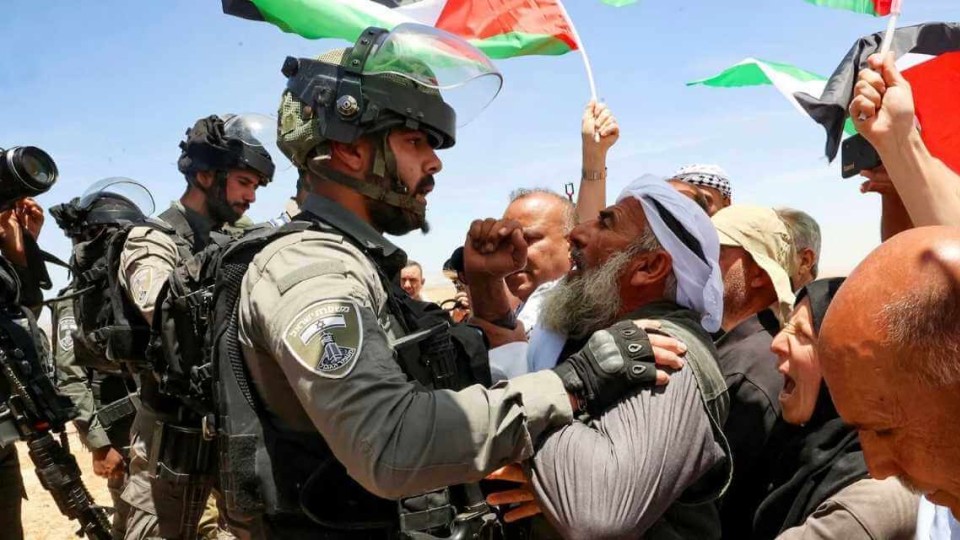 “We are afraid all the time,” he said. “We don’t know what will happen, whether they will chase us away . . . everything is very fragile.”

For Mohammed Ayub, the sun-blasted village of Khirbet al Fakheit is home. The Palestinian farmer has spent almost all his 46 years there and ekes out a living tending sheep, goats and pigeons on the arid slopes surrounding it.

To the Israeli armed forces, however, the hamlet in the southern tip of the occupied West Bank is something entirely different: part of Firing Zone 918, some 3,000 hectares of land they have sought for decades to turn into a military training area.

In May, after a 20-year legal battle, Israel’s top court granted the military its wish. In a ruling issued late on the eve of a public holiday, the Supreme Court gave the armed forces the green light to use the area — which includes eight Palestinian villages — as a firing zone and to evict its roughly 1,200 inhabitants.

The ruling paves the way for what activists and diplomats say would be the biggest eviction in decades and has highlighted the pressures Palestinians in the West Bank have faced since Israel’s occupation began in 1967.

The threat of expulsions has drawn criticism from the UN and EU and left villagers such as Ayub facing an anxious future.

“We are afraid all the time,” he said. “We don’t know what will happen, whether they will chase us away . . . everything is very fragile.”

The battle over the scattered villages in the region of Masafer Yatta, reachable only by dirt tracks that wind their way through the ridges and boulders of the South Hebron Hills, began in the 1980s when Israeli officials designated the area a closed military zone.

According to the Israel Defense Forces (IDF), the designation was preceded by “staff work”, a “variety of relevant operational considerations” and “the fact that the area was uninhabited at the time”.

However, residents say they have lived in the area for generations — some in caves dug into the hillsides that provide respite from the harsh climate — with many earning their livelihoods through herding.

In 1999, Israel issued eviction orders for about 700 Palestinian residents in Masafer Yatta. Following a legal challenge, they were allowed to return until a final ruling but effectively prohibited from building new structures.

The next two decades became a legal limbo, with lawyers tussling over the legality of evictions and Israeli authorities repeatedly demolishing houses, cisterns, and other structures on the basis they had been built without permits and were illegal.

Ayub was among those whose home was destroyed — first in January and then again in May after it had been rebuilt.

The May demolition left Ayub wondering whether he should move his wife and six children into the cave where he was born and had lived until he was 29.

It was one of several carried out since the Israeli supreme court issued its final ruling. Source: Financial Times