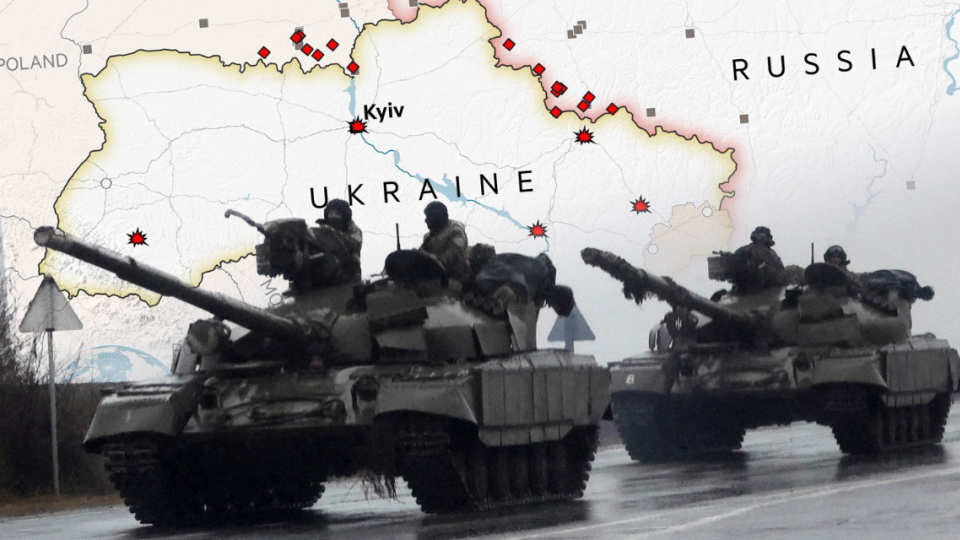 On May 27, the long-contested town of Lyman fell to Russia and fighting is going on to complete the encirclement of Severodonetsk and its twin town (across a river) of Lysychansk.

When considering the current position of the war in Ukraine, it's worth remembering that the assumption of Russian commanders when they began their“special military operation” was that the whole thing would be complete within two weeks.

So much for assumptions. What they face now is a protracted attritional battle that may go on for years.

In terms of manpower, the Russians have committed 110 of their 190 battalion tactical groups (BTGs) to Ukraine.

Roughly a third of them have been committed to the area the Ukrainians call the“joint forces operation,” which we know as Donbas. Their intentions now are to surround and destroy a large defending Ukrainian force. They have made very slow and heavy work of it so far.

On May 27, the long-contested town of Lyman fell to Russia and fighting is going on to complete the encirclement of Severodonetsk and its twin town (across a river) of Lysychansk. There has been no major breakthrough but rather a series of bloody, short advances for the past few weeks.


There is no finesse in the Russian style – nor was any expected. This is a slogging match of artillery, the bombardment of trench systems and buildings, and street fighting.

Casualties are very high. A very conservative estimate of overall Russian losses is that they have lost more troops killed since February 24 than in ten years of fighting in Afghanistan. This implies well over 40,000 men were taken out of the fight, including the wounded.

As for Russian equipment, destroyed so far have been at least 736 tanks, over 1,200 armored fighting vehicles and infantry fighting vehicles as well as 27 combat aircraft and at least 42 helicopters. Losses are likely to be higher – possibly far higher in the cases of tanks and armored vehicles.

Some commentators are asking whether the Russian military is“broken .” This would be a somewhat premature assessment.

That said after this phase has culminated – certainly, in the next few weeks – Russian forces will be unable to conduct any major offensive action in Donbas and will take up defensive positions while they regroup.

The Ukrainians are also taking fearful losses. On May 22, the Ukrainian president, Volodymyr Zelensky, stated that between 50 and 100 troops are being killed every day. A well-connected Ukrainian of my acquaintance told me recently that on some days the figures are likely to be far higher than that.


As matters stand, should the Russians succeed in their now very limited aims of securing Donbas on top of their other gains, we can see how the shape of the war may unfold.

Zelensky said in his evening address of Friday, May 27: “If the occupiers think that Lyman and Severodonestsk will be theirs, they are wrong. Donbas will be Ukrainian.”

President Volodymyr Zelensky. Photo: On the other side, the Russian foreign minister, Sergei Lavrov, said that Donbas was the“unconditional priority.” This is an impasse, and there is only one way out of it: continued fighting. The war is likely to go on for a long time.

Thinking for the long-term

Ukraine is planning to retake the land that has been lost. Clearly, their army will need to replace human casualties in its ranks with recruits and refit old, ravaged units with newer equipment. It will need to build new brigades and battalions.

In addition to the weapons already supplied by the US and the rest of NATO, they will need long-range precision rocket systems to strike Russian supply lines, as well as far more precision artillery to counter the Russian preponderance.

Similarly, in the air, the missiles the Ukrainians possess at the moment can restrict to some extent Russian freedom above Ukrainian lines, but cannot challenge them at a longer range.

This is why the US was considering supplying Ukraine with Patriot missiles, the highly capable medium-range anti-aircraft missiles, which first came to prominence during the 1990-1991 Gulf war. These are capable of striking the Russians' aircraft some distance behind their lines.

But the Biden administration, for now at least, has decided against providing those. And even if there were a change of heart in Washington it would take months to train the crews and integrate all of those new systems into the Ukrainian armed forces.

Away from the cauldron of Donbas, Belarus has been rattling its somewhat rusty saber by deploying troops to its border with Ukraine.

This is unlikely to trouble Kyiv. The Belarus president, Alexander Lukashenko, is well aware that he may need them at home to shore up his shaky regime.

The troops are there to“fix” some Ukrainian forces in the north, keeping them at the border so that they cannot reinforce another sector.

To the south, the Russians are not likely to get much farther than they are now; they simply don't have the forces necessary to do so.

Finally, the naval dimension of this war is sometimes sidelined, save for spectaculars like the sinking of the Moskva, the flagship of Russia's Black Sea Fleet, or the battles for Snake Island at the start of the campaign and since.

Both of these operations were part of the effort to try to challenge access to the sea via the port city of Odessa.

The former supreme commander of allied forces in Europe, Admiral James Stavridis, was right when he said that“unblocking Odessa is as important as providing weapons to Ukraine.”

Having a working port on the Black Sea is the difference between Ukraine being landlocked and blockaded failing state, and regaining its previous status as a mercantile nation.

This is what may soon place Odessa center stage, as NATO is considering convoying international merchant vessels in and out of the port. Such a decision, unlikely soon but perhaps inevitable in the longer term, would carry with it great risk.

This is a major European war of global and historical importance involving all military dimensions (land, sea, air, cyber, and space) and in which the stakes are national survival.

In the absence of decisive and complete military victory and concession, neither of which is likely, the war will rage on. When the current phase of the battle for Donbas finishes, it is likely simply to constitute the end of the beginning.

Frank Ledwidge is a senior lecturer in military strategy and law at the University of Portsmouth. This article is republished from The Conversation under a Creative Commons license.

Editor's Note: This story has been updated to mention the US decision on May 30 against providing Ukraine with longer-range missiles. Read the original article. Source: Menafn...