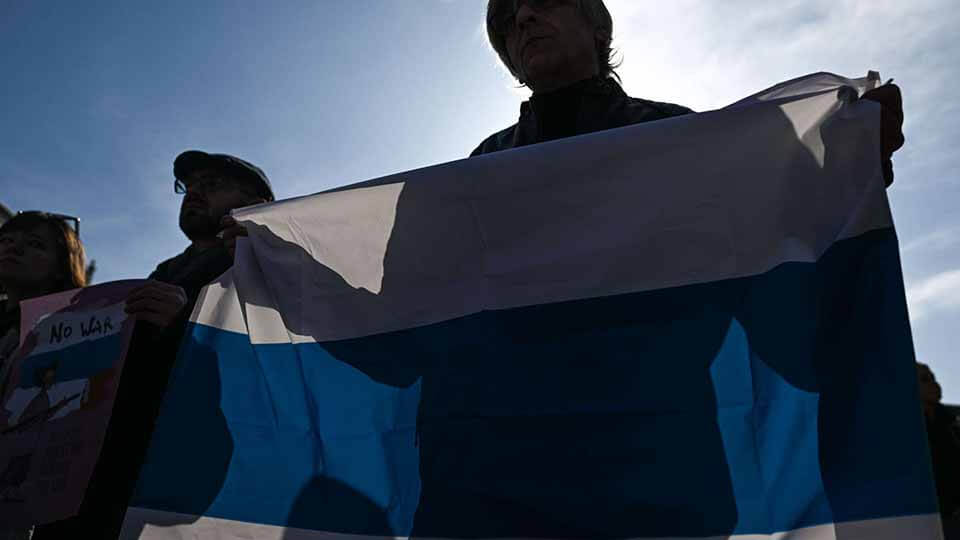 The unpredictable risks of a new Russian debt crisis

Financial markets rallied Friday after Russian officials made vital transfers to foreign investors, sidestepping what would have been Moscow’s first sovereign debt default in nearly two and half decades. But despite the collective sigh of relief on the floors of global stock exchanges, the risk of a new Russian debt crisis still looms large.

The problem with Russian debt today is far different than in 1998, when financial turmoil and a cash crunch forced Moscow to renege on payments to domestic bondholders in a financial event that rippled across the globe. This time, Russia has plenty of cash — but a big chunk of its reserves has been frozen by U.S., European and Japanese officials as punishment for its invasion of Ukraine.

To blunt the negative impact on the global financial system, the U.S. Treasury has said it will allow Moscow to transfer frozen funds to cover its foreign bond payments until May 25. But think of that as only a limited insurance policy — one could run out at any minute.

That’s partly because Russian President Vladimir Putin has suggested foreign creditors in “hostile” nations may be paid in undesirable rubles instead of dollars or euros.

Importantly, the Russians didn’t move in that direction last week. But Moscow has nearly $2.86 billion in interest and bond payments due by April 4, according to the Institute of International Finance (IIF), an industry association. If Moscow does try to pay in the lowly ruble, such a move will be tantamount to a sovereign default, rating agencies have said. It would be Russia’s first on its foreign-held debt since the Bolsheviks halted payments in 1918.

Such events in the past have infected the global system through “contagion,” or a financial domino effect that spreads as panicked investors yank money from foreign countries, upending their borrowing costs, stock markets and currency rates.

There’s some good news now. The global economy is significantly more stable today than it was in 1998, a tumultuous time when Russia’s default was sandwiched between the 1997 Asian financial crisis and a far more devastating 2001 debt default in Argentina. Back then, many emerging markets were plagued by fragile currency systems and high foreign debt loads in dollars — financial risks that many nations have since reduced.

Large Western money managers, pension funds and other institutions that hold significant amounts of Russian debt will feel the sting. But Russia is not even a top 10 global economy as measured by gross domestic product, and the pain is projected to be relatively contained. Russia owes foreign creditors $62.5 billion, including $21.5 billion that requires repayment in dollars and euros. That’s not much in the global scheme of things.

“Most likely a big chunk of it will have to be written off,” Elina Ribakova, deputy chief economist at the Institute of International Finance (IIF), an industry association, told me. “It will be unpleasant. And there are global pension funds, you know, in the United Kingdom, Europe and the U.S. that are involved in this. But we’re watching for signs on the market and we’re not seeing any big dislocations.”

Flour rationing in Lebanon, grain hoarding in Hungary: How the Ukraine war is lurching the globe toward a new food crisis

But there are some pretty big wild cards to consider, too.

We live now in an era of exotic financial instruments such as credit default swaps — or contracts that allow investors to hedge their financial bets — that can go toxic quickly and cause a financial crisis to mushroom, as the world learned during 2008 U.S. subprime mortgage meltdown. Few are predicting a repeat of that now. But the full extent of the global exposure to swaps and other liabilities tied to Russian debt is still hard to assess.

Carmen Reinhart, the World Bank’s chief economist, raised the specter of Long-Term Capital Management (LTCM), a hedge fund that required a massive bailout due to the 1998 Russian default.

“Remember LTCM? That wasn’t necessarily on anyone’s radar screen at the outset of the Russian default in August 1998,” Reinhart told Bloomberg News. “Those things start to surface. Exposures are opaque.”

In addition, the financial pain of the war will particularly hit countries closely linked to Russia and Ukraine through trade ties, including Turkey, the Czech Republic, Hungary and Poland.

The bigger war fallout on the global economy remains Russia’s impact on commodity prices. Moscow is a major exporter of oil, gas, metals and grains — and trade disruptions because of the war and Western sanctions have already sent commodity prices soaring, worsening an already bad bout of global inflation. Domestically, Russia is also now likely to face years of financial isolation, as foreign investors avoid it. Its heavily indebted corporations are also confronting new barriers to credit, and fears are mounting over the climbing risks of Russian corporate defaults.

Russian defaults — either by its government, its corporations or both — could have other knock-on effects by accelerating currency fluxes and already climbing borrowing rates in a host of countries, putting pressure on the ability of nations to finance social programs, build infrastructure and pay back their own debts. In 1998, the Russian debt crisis sparked a run on the Brazilian real and soaring interest rates. Even the U.S. dollar took a massive plunge against the Japanese yen following LTCM’s Russia-related losses.

Global monetary policy is largely more stable now than it was then, but borrowing costs globally are already climbing as the Federal Reserve moves to hike interest rates and end what had been a global flow of cheap money. It comes at a time when the pandemic era saw a historic rise in national debt loads, especially for emerging markets, as countries struggled to deal with economic downturns and exploding health-care and social costs. Sri Lanka, for instance, is now mired its worst economic crisis since its 1948 independence, requiring financial lifelines from India and potentially the International Monetary Fund.

Borrowing costs for emerging markets have crept higher since the Russian invasion, especially for countries with high exposure. Nearby Georgia has suffered most. But so has Egypt, which is heavily reliant on Ukrainian and Russian grain exports.

They won’t be the only ones to feel the pain — especially in the event of a full Russian default.