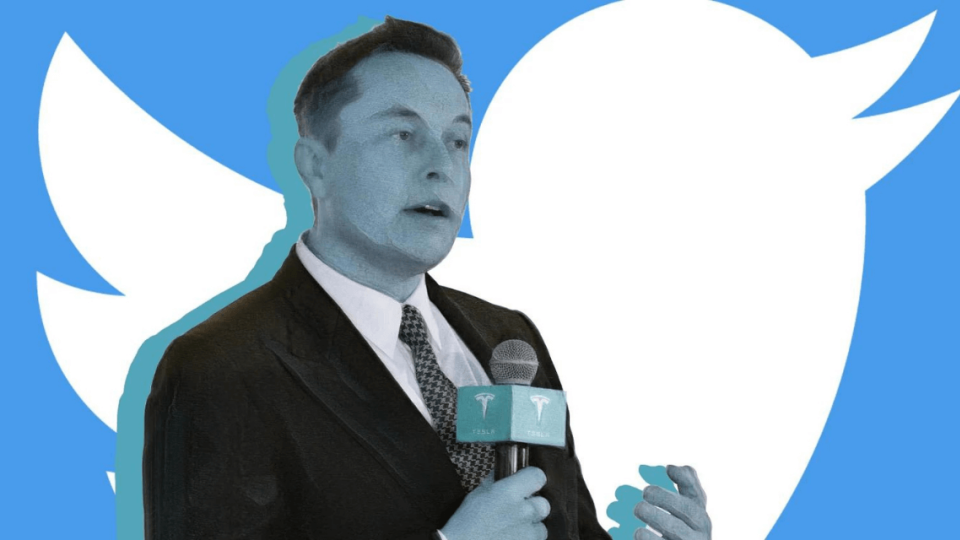 Musk Gets Twitter For $44 Billion, To Cheers And Fears Of 'Free Speech' Plan - ChiefIdea

Elon Musk clinched a deal to buy Twitter Inc (NYSE:TWTR) for $44 billion cash on Monday in a transaction that will shift control of the social media platform populated by millions of users and global leaders to the world's richest person.

It is a seminal moment for the 16-year-old company, which emerged as one of the world's most influential public squares and now faces a string of challenges.

Musk, who calls himself a free speech absolutist, has criticized Twitter's moderation.

He wants Twitter's algorithm for prioritizing tweets to be public and objects to giving too much power on the service to corporations that advertise.

Political activists expect that a Musk regime will mean less moderation and reinstatement of banned individuals including former President Donald Trump. Conservatives cheered the prospect of fewer controls while some human rights activists voiced fears of a rise in hate speech.

Musk has also advocated user-friendly tweaks to the service, such as an edit button and defeating "spambots" that send overwhelming amounts of unwanted tweets.

Discussions over the deal, which last week appeared uncertain, accelerated over the weekend after Musk wooed Twitter shareholders with financing details of his offer.

Under pressure, Twitter started negotiating with Musk to buy the company at his proposed $54.20 per share price.

"Free speech is the bedrock of a functioning democracy, and Twitter is the digital town square where matters vital to the future of humanity are debated," Musk said in a statement.

Former Twitter CEO Jack Dorsey weighed in on the deal late on Monday with a series of tweets that thanked both Musk and current Twitter CEO Parag Agrawal for "getting the company out of an impossible situation."

"Twitter as a company has always been my sole issue and my biggest regret. It has been owned by Wall Street and the ad model. Taking it back from Wall Street is the correct first step," he said.

Twitter shares rose 5.7% on Monday to finish at $51.70. The deal represents a near 40% premium to the closing price the day before Musk disclosed he had bought a more than 9% stake.

Even so, the offer is well below the $70 range where Twitter was trading last year.

"I think if the company was given enough time to transform, we would have made substantially more than what Musk is currently offering," said Jonathan Boyar, managing director at Boyar Value Group, which holds a stake in Twitter.

However, he added, "If the public markets do not properly value a company, an acquirer eventually will."

Musk, who is worth $268 billion according to Forbes, has said he is not primarily concerned with the economics of Twitter.

"Having a public platform that is maximally trusted and broadly inclusive is extremely important to the future of civilization. I don't care about the economics at all," he said in a recent public talk.

Musk is chief executive of both electric car maker Tesla (NASDAQ:TSLA) Inc and aerospace company SpaceX, and it is not clear how much time he will devote to Twitter or what he will do.

"Once the deal closes, we don't know which direction the platform will go," Agrawal told employees on Monday.

Edward Moya, an analyst at currency broker OANDA, said in an email to clients the deal was "great news for Twitter shareholders as it doesn’t seem like the company was going to get things right anytime soon."

But he also said: "Tesla shareholders can’t be happy that Musk will have to divert even more attention away from winning the EV (electric vehicle) race."

The Twitter transaction was approved by the company's board and is now subject to a shareholder vote. No regulatory hurdles are expected, analysts said.

Daniel Ives, an analyst at Wedbush, said the company's board of directors had its back "against the wall" once Musk detailed his financing package and no other bidders emerged.

Although it is only about a 10th of the size of far larger social media platforms like Meta Platforms Inc's Facebook (NASDAQ:FB), Twitter has been credited with helping spawn the Arab Spring uprising and accused of playing a role on Jan. 6, 2021, storming of the U.S. Capitol.

After Twitter banned Trump over concerns around incitement of violence following the U.S. Capitol attack by his supporters, Musk tweeted: "A lot of people are going to be super unhappy with West Coast high tech as the de facto arbiter of free speech."

Trump, whose company is building a rival to Twitter called Truth Social, said in a Fox News interview on Monday that he will not return to Twitter.

The White House declined on Monday to comment on Musk's deal but said President Joe Biden has long been concerned about the power of social media platforms.

"Our concerns are not new," said White House spokesperson Jen Psaki, adding that the platforms need to be held accountable.

"The president has long talked about his concerns about the power of social media platforms, including Twitter and others, to spread misinformation."