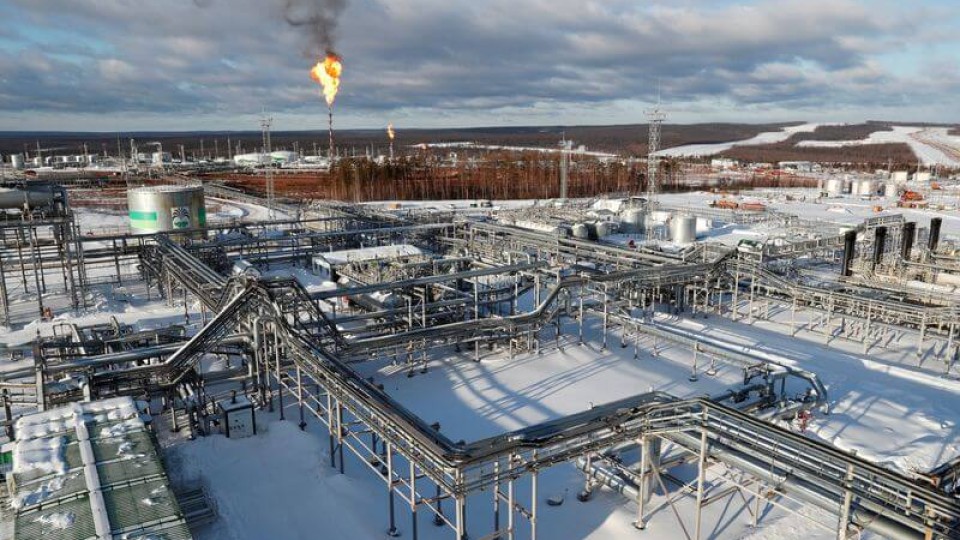 Oil prices slipped on Friday, after sharp rises in the session, on concern over potential global supply disruptions from sanctions on major crude exporter Russia.

Russia's invasion of Ukraine on Thursday caused prices to surge above $100 a barrel for the first time since 2014, with Brent touching $105, before paring gains by the close of trade.

The assault was the biggest attack on a European state since World War Two, prompting tens of thousands of people to flee their homes.

In response to the invasion, U.S. President Joe Biden hit Russia with a wave of sanctions on Thursday, measures that impede Russia's ability to do business in major currencies along with sanctions against banks and state-owned enterprises.

Britain, Japan, Canada, Australia and the European Union also unveiled sanctions, including a move by Germany to halt certification of an $11 billion Russian gas pipeline.

However, Russia will not have its oil and gas flows specifically targeted by sanctions, a U.S. official said. The country is the world's second-largest crude producer and a major natural gas provider to Europe.

Biden also said the United States is working with other countries on a combined release of additional oil from their strategic crude reserves.

"European and U.S. politicians so far seems to refrain from hitting Russia with sanctions connected to energy because it would hurt Europe just as much if not even more than Russia," SEB analyst Bjarne Schieldrop said.

Top buyers of Russian oil, however, are struggling to secure guarantees at Western banks or find ships, sources told Reuters.

The Organization of the Petroleum Exporting Countries (OPEC) and allied producers, including Russia, meet on Wednesday to decide whether to stick with plans to increase their April output target by 400,000 barrels per day.