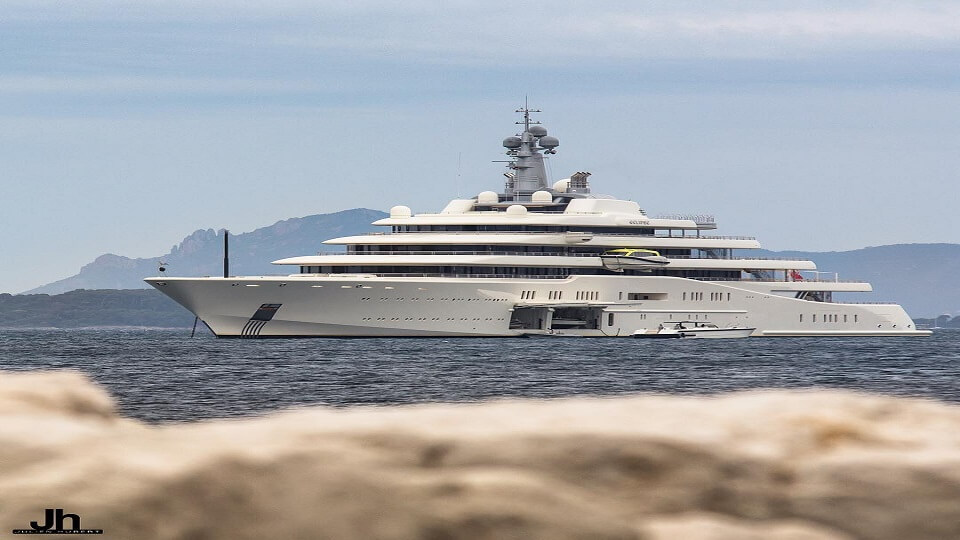 Russian oligarchs move yachts as U.S. looks to ‘hunt down’ and freeze assets

> Some of Russia’s wealthiest are moving their superyachts, potentially with the hope they can avoid having those items seized.

> Data reviewed by CNBC from Marine Traffic shows that at least four massive yachts owned by Russian business leaders have been moving toward Montenegro and the Maldives in recent days.

(CNBC) Superyachts owned by Russian billionaires who have ties to President Vladimir Putin are on the move as the United States and its allies prepare further sanctions on their property following the invasion of Ukraine.

Data reviewed by CNBC from Marine Traffic shows that at least four massive yachts owned by Russian business leaders have been moving toward Montenegro and the Maldives since a wide array of sanctions were announced in recent days by leaders from around the world, including the U.S. Treasury targeting Russia’s central bank. The Maldives doesn’t have an extradition treaty with the U.S., according to Nomad Capitalist.

The property of targeted Russian executives is likely to take another hit, as the Biden administration recently announced the creation of a taskforce that will take aim at their lucrative assets, including yachts and mansions. France is putting together a list of properties owned by Russian oligarchs, including cars and yachts, that could be seized under sanctions by the European Union.

“This coming week, we will launch a multilateral Transatlantic task force to identify, hunt down, and freeze the assets of sanctioned Russian companies and oligarchs – their yachts, their mansions, and any other ill-gotten gains that we can find and freeze under the law,” a White House’s recent tweet reads.

With that, some of Russia’s wealthiest are moving their boats to other locations, potentially with the hope they can avoid having those items seized.

Vagit Alekperov, who is president of Russia-based Lukoil, is sailing his yacht to Montenegro, according to Marine Traffic. It’s expected to arrive there in the coming days from Barcelona, Spain.

Alekperov’s yacht is known as Galactica Super Nova and, according to Superyacht Fan, which tracks the comings and goings of these types of vessels, it features a “a 6-meter glass-bottom swimming pool with a waterfall. And a touch-and-go helipad, an elevator, and a large beach club.” Alekperov has a net worth of just under $25 billion, according to Forbes.