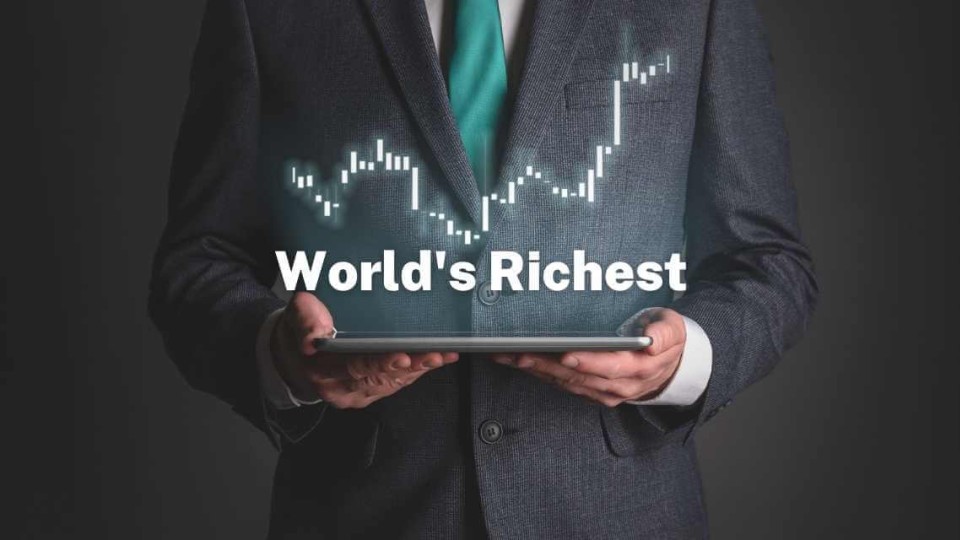 Billionaire traders are the wealthiest traders in the world, earning more than 1.000.000.000 dollars from trade assets.

Forex is the largest financial market in the world. You would probably know a few things about this fascinating field, where people trade their preferred currencies on an intraday and swing basis.

You may be thrilled that around 5 trillion dollars of transactions occur daily on forex. Its dynamic nature and opportunities attract traders worldwide to jump into this ocean of currencies.

The Richest and most famous active traders in the World list in 2022 are:

George Soros is the first billionaire trader on our list. Regardless of being new or experienced, everyone would have heard about George Soros being the most versatile and richest trader globally and how he broke the Bank of England. But what’s the aftermath? Let us shed light on it.

George Soros used to be a famous hedge fund manager who managed his clients’ money from 1969 to 2011. His hedge fund, which he started in 1973, became famous as the Quantum Fund. Though, the event that happened in 1992 changed his life.

He made a bet against the British Pound and created a fortune of $1 billion. After this, he got famous as the man who broke the Bank of England. He also made history for creating a vast amount in just one day. Fascinating, isn’t it?

He runs his firm and is a founding member of Soros Fund Management, LLC, a managing hedge fund. Since its inception, the firm has already generated earnings of $40 billion.


They have also started Central and Eastern Europe-focused Open Society Foundations and Quantum Fund, which is said to have a grant of more than $14 billion.

Soros has given its organization the belief to support individuals and organizations worldwide and support the right of equality, freedom of speech, and much more. He also donated $18 billion in 2017 to its foundation to pursue future projects.

Soros also indulges in philanthropy and contributes to making this world better by donating money and sharing wisdom. Traders around the globe widely follow his views and thoughts on investing, trading, and economies.

Though time was not this kind to Soros initially, he was born in a Hungarian family but avoided getting deported; they took shelter in a Nazi Concentration Camp. Then, at 17, he left the nation to fulfill his dreams and goals.

He started as a railway porter and waiter at a London School of Economics nightclub. And from there, his career started paving the way for the future hedge fund tycoon.

Carl Icahn is another billionaire trader on our list. There are so many traders on Wall Street, but the question is, how many of them succeed? Well, Carl Icahn indeed did.

His wisdom and intelligence made him an investment icon so much that his comparison with Warren Buffet is not new. Some even claim him to be better and smarter than Warren Buffet!

Icahn was born in a teacher’s family in New York. His uncle M. Elliot Schnall, with whom he was close, helped buy him a seat at the New York Stock Exchange by giving him a loan worth $ 4,00,000. That is what started the history of this typical New Yorker.

Icahn bought TWA (Trans World Airlines) in the mid-80s. It was the diciest investment he had ever taken, as the company filed bankruptcy in 1992, though it came out of it just a year later.

Icahn Enterprises, known as Icahn’s holding firm, invested in diverse international and American companies like Netflix, Apple, Revlon, Motorola, Time Warner, Viacom, etc. His witty and timely investments soon made him a fortune of $17 billion, and he became the richest trader in the world.

He often states a quote to his fellow investors – “Don’t always believe what the market tells you. If you think you’re right, stick to your instinct.”

Ray Dalio is another story of success. He grew up on Long Island in a middle-class family and started his market journey when he was 12.

He used to earn money as tips while being a golf caddy. The turning point was that most of these golfers were working on Wall Street, and that’s how he started feeling interested in the realm of the market.

In 1975, he got an MBA from Harvard Business School and launched Bridgewater – the company he started from his two-bedroom house in New York! The company succeeded in the 80’s era, and in 2011, it became the largest hedge fund in the world.

Bridgewater currently handles assets worth $160 billion. Ray Dalio’s net worth will be $16.9 billion in 2021.

Another interesting story about him is that he predicted the Global Financial Crisis in 2007. He explained the same in his essay “How the Economic Machine Works: A Template for Understanding What Is Happening Now.”

In addition to his essay, his book – “Principles” is also trendy among the traders and investors in which he goes into philosophy after his investment moved. He also dwells on his experience of self-analysis and corporate experience.

If we are talking about billionaire traders, how can we forget David Tepper, the world’s most outstanding hedge fund manager!

He was born in 1957 in Pittsburgh, Pennsylvania. He completed his graduation with Economics honors, after which he initiated jumping into the world of investment.

Yes, at quite a young age. His career started as a credit analyst, which helped him understand the concept of investment and management. He also learned deeply about the credit structures of troubled companies.

His forte of selecting a distressed company and converting it into a profitable one made him so famous.

He did the same with bonds, buying bonds from banks on the edge of getting bankrupt around the ’80s. But when those banks sustained the bond market crash, he made a fortune over his thoughtful investments.

In the ’90s, he founded the famous hedge fund company Tepper’s Appaloosa Management, which handles more than $15 billion.

Just like other richest traders in the world, Tepper too is known beyond the world of stocks. He gives his fair share back to society by donating to schools, universities, and academic institutes and sponsoring student scholarship programs.

James Simons is a known and intriguing figure on the billionaire traders list. We wrote intriguingly as Simons is a hedge fund manager, a mathematician, and a quantitative investor.

He is famous for his work on pattern recognition and string theory development. He is also renowned as the world’s most brilliant billionaire.

He was born in Newton, Massachusetts, in 1938. He worked at a garden supply store when he was a teenager. With his determination, hard work, and curiosity to do something, he earned a Ph.D. in Mathematics at 23.

He started a team of professors, engineers, and scientists to fulfill his passion for mathematics and trading by building an algorithm that could predict any financial instrument price change. And that is what we can call the foundation of Quantitative Analysis.

Simons also founded Renaissance Technologies, earning him the title of the world’s richest trader. The company is a very famous hedge fund managing firm across the globe.

He is truly a talent overachiever. His love and passion for mathematics can also be seen in his investment techniques and strategies.

“There is no real common sense except for good luck, which is a perfect substitute for everything.”

Among these top 5 richest traders, the common thing we saw is their passion and knowledge about this realm.

We hope our list has helped you get inspiration and provided you with insightful stories. These billionaire traders are self-made and have made their empire from scratch with hard work, consistency, and a never-give-up attitude.

With the evolution of the financial market, many online platforms are now available for forex trading. It also makes it easier for ordinary and small traders to enter the market and hold their position.

With the digital era and many information and research papers available, one can quickly learn how to trade. It also inspires individuals to taste their knowledge in this field.

Whether a new trader or an experienced one, the ultimate goal remains the same – to earn a profit. But in the end, doesn’t everyone want to be a millionaire trader? Of course, you would like to see yourself as the wealthiest trader in the world at some point in time.