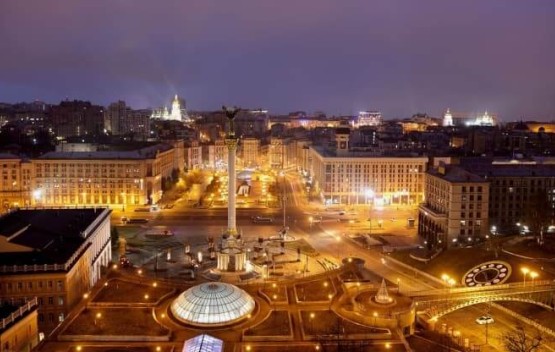 LONDON — European stocks sold off sharply on Thursday after Russia began an attack on Ukraine, tipping a longstanding diplomatic crisis into a military conflict.

The pan-European Stoxx 600 closed down more than 3% provisionally, reaching its lowest point since the start of 2022, with banks plunging over 8% to lead losses as all sectors and major bourses slid into negative territory.

Germany’s DAX index was among the worst-performing major bourses in Europe, dropping 4%.

Global markets were rocked on Thursday on the news that Russia has launched an attack on Ukraine, and one that appears to be more widespread that expected.

Multiple explosions across Ukraine were reported by journalists and government officials in at least four cities early Thursday morning local time, undermining Russian President Vladimir Putin’s claim that Russia was launching a military operation that would be limited to the far east of the country.

Starting about two hours before dawn on Thursday, explosions were felt in and around the cities of Kyiv, Odessa, Kharkiv and Mariupol. The explosions are ongoing, according to reports. Dmytro Kuleba, Ukraine’s minister of foreign affairs, said in a statement that a “full-scale invasion” of his country was underway.

U.S. President Joe Biden condemned the attack. “The world will hold Russia accountable,” he said in a statement before he held a late-night call with Ukraine President Volodymyr Zelenskyy. The European Union is set to hold an emergency meeting on Thursday to discuss its response to the latest development.

There were few individual share price gains worth noting in Europe on Thursday morning, while stocks perceived by the market to have exposure to Russia tumbled. Polymetal International plummeted more than 35%, while Rolls-Royce shed 18%, Raiffeisen Bank 16% and Uniper 13%.