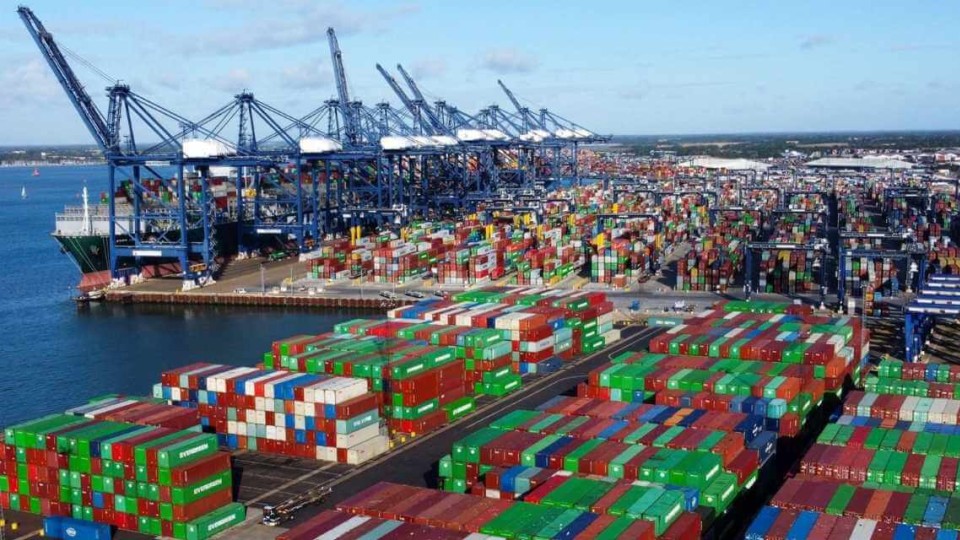 Supply chains in the UK face disruption this week as industrial action spreads from the public transport network to the country’s busiest container port.

More than 1,900 members of the Unite union began an eight-day strike at Felixstowe on Sunday in a dispute over pay. The port handles 40 per cent of the UK’s container trade, equivalent to 4mn containers a year.

The Russell Group, an analytics company, estimated that as much as $800mn of trade could be affected by the walkout, with clothing and electronics expected to be the worst hit.

The port’s management said it had put contingencies in place to try to continue operating but warned that daily throughput would depend on how many workers turned up.

The strikes at Felixstowe come after three days of disruption for passengers as unions staged another series of strikes that affected the railways and London’s public transport network in long-running disputes over pay.

Members of the RMT and TSSA staged a second 24-hour strike in three days on Saturday in a dispute with Network Rail, which owns and operates the UK’s rail infrastructure, and with train operating companies.

Staff had previously walked out on Thursday, leaving about a fifth of normal services running. Meanwhile, Londoners were on Friday hit by walkouts on the Underground and parts of the capital’s bus network.

As a result of the Felixstowe industrial action, Maersk, the world’s second-largest container shipping group, has already diverted three ships away from the port to other northern European destinations and said it was monitoring a further 11 vessels that could be affected by the strikes.

While the walkout will inevitably prove disruptive and exacerbate supply chain stresses, industry executives said the UK’s logistics industry had been extremely resilient over the past two years and that problems were likely to be manageable.

Natalie Chapman, an executive at industry body Logistics UK, said the strike was unlikely to have a noticeable impact on consumers as most of the freight that supplies retailers moves through the Port of Dover.

“It is certainly far from ideal . . . and it will cause some challenges but the supply chain is used to having to deal with challenges,” she said. “The longer things go on, the more serious the impacts could potentially be. If there were further strikes there would be concern.”

Felixstowe, which is owned by Hong Kong conglomerate CK Hutchison, said it “very much” regretted the strike action and urged unions to accept its offer of a 7 per cent pay rise plus £500 cash bonus.

Unite said industrial relations were already strained by a pay rise of 1.8 per cent last year, adding that the port and its owners could afford a higher pay offer.

Unite members at the port of Liverpool this month also voted to take industrial action in a separate dispute, although the union has yet to set strike dates. Source: FT