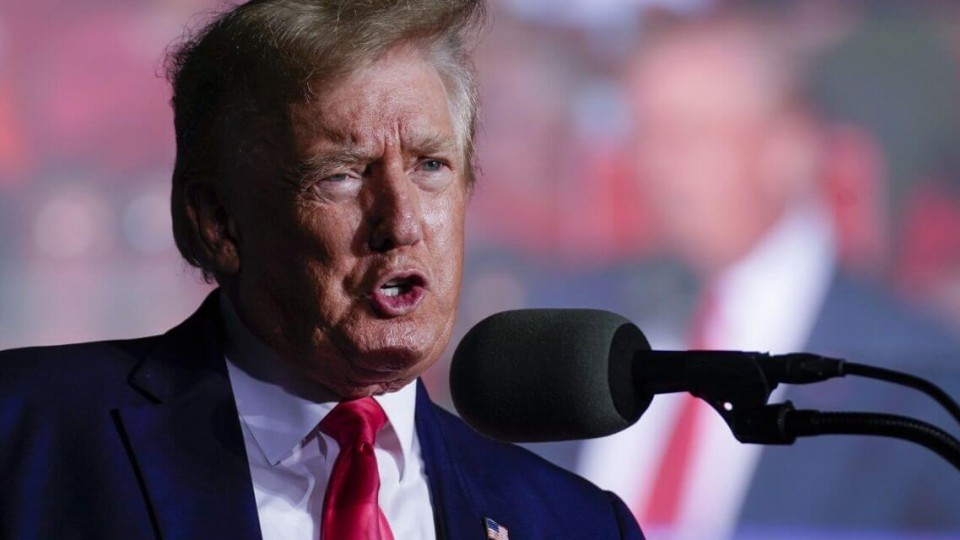 In a lengthy statement, Trump said his residence was “currently under siege, raided, and occupied by a large group of FBI agents.”

The raid came after months of questions about whether Attorney General Merrick Garland was planning to pursue investigations into the former president.

In a lengthy statement, Trump said his residence was “currently under siege, raided, and occupied by a large group of FBI agents.”

The raid was “unannounced,” Trump said, adding, “They even broke into my safe!”

The search represents a serious escalation of federal law enforcement focus on Trump, after months of questions about whether Attorney General Merrick Garland was planning to pursue investigations into the former president.

To obtain a search warrant, federal investigators must show a judge that there is probable cause to believe a crime has been committed and that there may be evidence related to that crime in the location they are targeting.

The FBI and the Department of Justice declined to comment.

NBC News and other outlets reported that the search was related to a Justice Department probe into whether laws were broken when 15 boxes of White House records.

Which included some documents marked as classified — ended up at Mar-a-Lago instead of the National Archives.

“If your home is searched by the FBI, you’re in big trouble,” former federal prosecutor Renato Mariotti said Monday evening on CNBC’s “The News with Shepard Smith.”

There are multiple active probes at the state and federal level related to Trump, his business and his family.

The Justice Department is reportedly investigating events leading to the Jan. 6, 2021, riot, when a mob of Trump’s supporters stormed the Capitol and delayed confirmation of President Joe Biden’s Electoral College win by Congress.

Trump, who summers at his golf club in Bedminster, New Jersey, was not at Mar-a-Lago at the time of the raid, NBC reported.

The former president departed Trump Tower in New York City later Monday evening without responding to questions, according to NBC.

“He’s as shocked as anybody,” said Lara Trump, the ex-president’s daughter-in-law, who told Fox News that she had spoken with Trump earlier in the evening.

She added that “everybody’s been cooperating with the FBI” with regard to the “documents that have been in question.”

“They are terrified he’s going to announce any day that he’s running for president in 2024, and this is a very convenient way to just throw a little more mud on Donald Trump, as though they haven’t already done enough,” Lara Trump claimed.

The raid came hours after Politico reported that attorney John Rowley, a former federal prosecutor, is now representing Trump in talks with the DOJ about executive privilege issues related to the department’s investigation of the Jan. 6 Capitol riot.

Interest in Trump’s handling of official documents while president resurfaced earlier Monday when Axios published photos that it said corroborated prior reporting that Trump was believed to have flushed papers down the White House toilet.

“I watched him go through documents, throw some away, rip some up and put some in his pocket.”