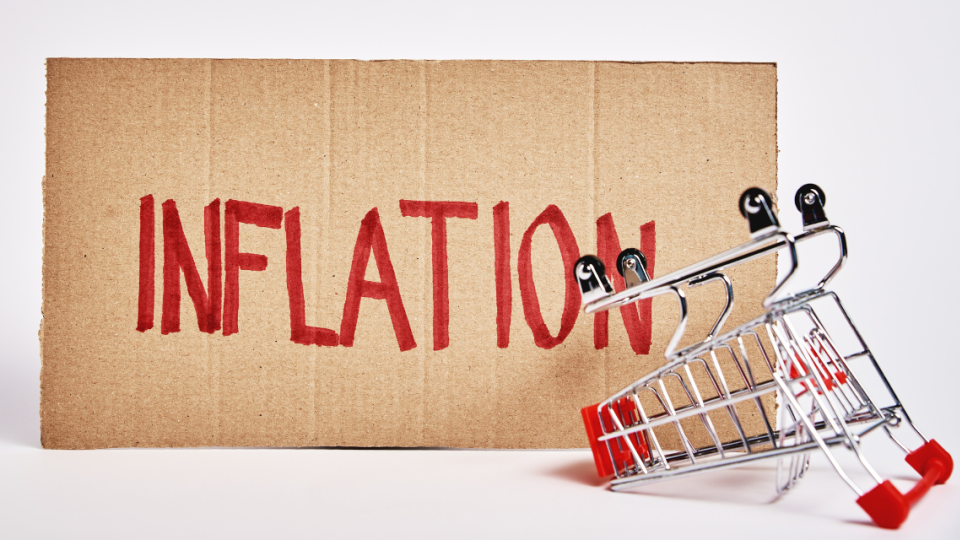 Energy and fuel prices and the war in Ukraine as the economy deteriorates and people have less to spend.

UK inflation soared to a more than 40-year high in April thanks in part to rising food, energy and fuel prices and the war in Ukraine as the economy deteriorates and people have less to spend.

According to the latest data from the Office for National Statistics (ONS) on Wednesday, the consumer price index (CPI) measure of inflation rose to 9%, the highest since 1997.

This is up from a 30-year high of 7% in March, while economists polled by Reuter forecast inflation to hit 9.1%.

Renewed COVID lockdowns in China and Russia's invasion of Ukraine have deepened supply chain issues, which were only just recovering from the havoc wrought by the pandemic, sending global prices rocketing.

This trickled into household bills, with Ofgem lifting the price cap on energy bills by 54% in April and the Bank of England (BoE) now seeing a further 40% increase in October.

Food prices also rose sharply in the year to April, with the wardriving up the cost of cereals, cooking oil, and meat.

BoE governor Andrew Bailey warned of "second-round effects" from inflation, when a wave of price rises such as the energy bills shock feeds through the rest of the economy with higher wages, pointing to further rate hikes to control inflation.

On Monday Bailey said an "apocalyptic" potential rise in food prices as a result of the Ukraine war was a major worry as most of the factors leading to the surge were beyond the Bank's control.

The latest gauge falls in line with the BoE predictions. The central bank forecast inflation to rise as high as 10% this year, warning this could tip the economy into recession.

UK's inflation rate is currently running at five times Threadneedle Street's 2% target. Earlier in May, the BoE increased interest rates for the fourth consecutive time, from 0.75% to 1% — the highest level in 13 years.

Bailey has implied that he would be prepared to hike rates to stem inflation even if that leads to a recession.

This adds to analysts' warnings that the tight labor market may force the BoE to lift rates more aggressively in the coming months, raising fears that a dangerous wage-price spiral is taking hold in the economy.

"The labor market has remained stronger than expected even though the economy has been weaker than anticipated,” said Paul Dales, chief UK economist at Capital Economics. "This supports our view that the BoE will have to raise interest rates further than widely expected, perhaps from 1% now to 3% next year."

Official figures from the ONS published on Tuesday showed average wages continued to fall further behind the rate of inflation in March.

Regular earnings excluding bonuses fell by 1.9% compared to a year earlier, the biggest decline since 2013, while unemployment was 3.7%, its lowest rate since 1974, for January to March 2022.

Although wages excluding bonuses jumped 4.2% in the first quarter, double the 2.1% average in the decade before the pandemic, it was being offset by runaway inflation and a surging cost of living.

Earnings in the month shot up by 9.9% on the year, with bonuses in the finance and construction sectors, the sharpest single-month jump on records dating back to 2001.