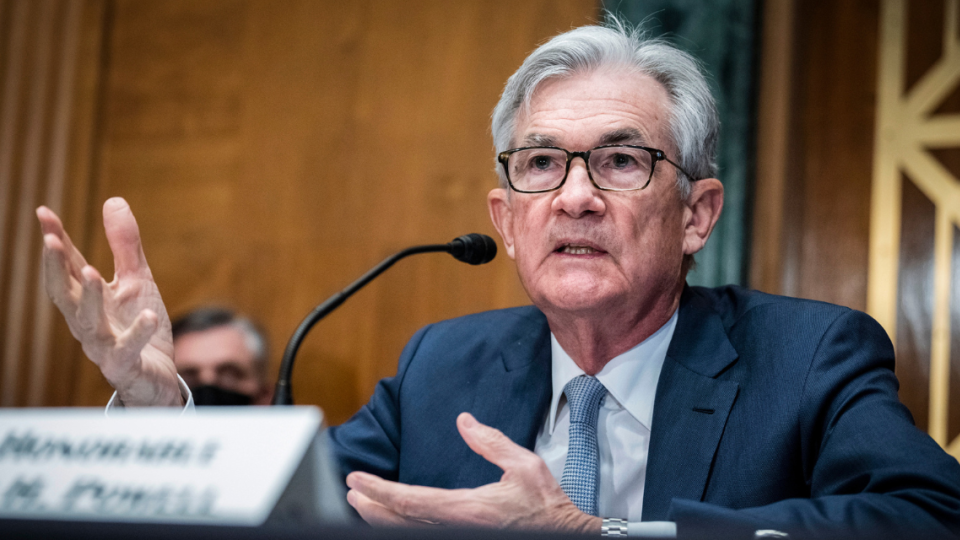 We need to talk about Fed liabilities - Chief Idea

We need to talk about Fed

Quantitative tightening has triggered a reserves flight from US commercial banks to money-market funds. Now what?

Is the crypto blow-up of any real-world consequence? Will a real banker ever lead a major central bank again? There are a number of pressing, unanswered questions. Here’s another: as the Federal Reserve’s balance sheet receives unprecedented attention, why such a lack of interest in the effects of its liability structure?

Almost every utterance about or by the Fed on its balance sheet focuses on the asset side: how many bonds bought, what type of bonds, their duration, and the pace at which assets will roll-off. But a balance sheet needs to, well, balance.

Central bank liabilities are the basis of the currency. So where is the earnest discussion and research papers on how changes in the composition of base money may affect monetary conditions? Perhaps it’s just too complicated. Or perhaps it’s a question whose time has come.

Here’s a case of assumptions apparently going astray. One of the rare mentions of the Fed’s liability structure came in January from Atlanta Fed governor Raphael Bostic.

He suggested in a Reuters interview that the Fed had plans to quickly pull at least $1.5tn of pure “excess liquidity” out of financial markets.

At the current pace, the Fed liabilities facing money-market funds will exceed those facing banks by mid-October. More time analysing how liabilities behave, and especially how they circulate in the financial system, might be useful.

Maybe time will resolve matters. It’s possible money-market funds simply like the optionality of holding RRP at the Fed during a period of rising rates.

After all, the expected return of reserves as projected in Fed Fund futures is barely any different to the return from Treasury Bills for the next year. Maybe it doesn’t matter.

More likely, it does matter. The reason money market funds have accumulated reserves is commercial banks have aggressively reduced their own holdings since late-2021.

The latest data show they continue to do so. Money-market funds have no choice but to hold the excess reserves shed by banks.

The shedding of reserves by banks is because perceived opportunities are shifting. There is a direct correspondence between reserves held on banks’ balance sheets and their willingness to make loans.

Loans declined as a percentage of banks’ balance sheet from 2010 till 2015 pushed out by reserves, then expanded as the Fed reduced reserves from 2017 till 2019. Now banks are actively increasing their loan books.

Partly this is just mathematics. As reserves increase with QE, banks must reduce other assets, of which loans form the largest part. But there is another consideration. Banks may have changed their view of the efficient use of their balance sheets.

Commercial banks’ reserve holdings are not, as commonly thought, dead money. As reserves rose, so did the daily transfer of reserves between banks via FedWire Fund Services.

Those transfers are dominated by settlements of securities transactions for bank customers — a kind of fractional securities system. Presumably, this was more profitable than loans. Till now.

Banks are (usually) efficient capital allocators. If they foresee trouble, they’ll try to pre-empt it. And in anticipation of the reversal of QE and its likely effect on securities markets, banks are now shifting out of reserves.

Wells Fargo reported decreased revenue due, in part, to lower investment banking and asset-based income. Citigroup reported a net income decline in its Institutional Clients Group of 51 per cent.

The biggest banks are losing money on the securities-based business. Perhaps it is time for a shift to less volatile, less glamorous loans.

Of course, as the Fed raises interest rates, and possibly the economy slows abruptly, making loans may turn out to be a mistake. Still, loans look much safer than securities markets.

And if banks switch away from securities markets, they don’t need so many reserves as a settlement medium.

A shift of reserves from banks to money-market funds means those reserves really are just parked at the Fed.

This is certainly a big withdrawal of liquidity, as Raphael Bostic suggested, but the withdrawal may already be affecting the wider securities markets.

SIFMA reports a decline in daily turnover of all US securities markets of 13 per cent so far this year, while turnover in Tri-party repo (used by money-market funds to deposit overnight at the Fed) is up 7 per cent.

That is consistent with the redistribution of Fed liabilities from banks to money-market funds. Source: Financial Times