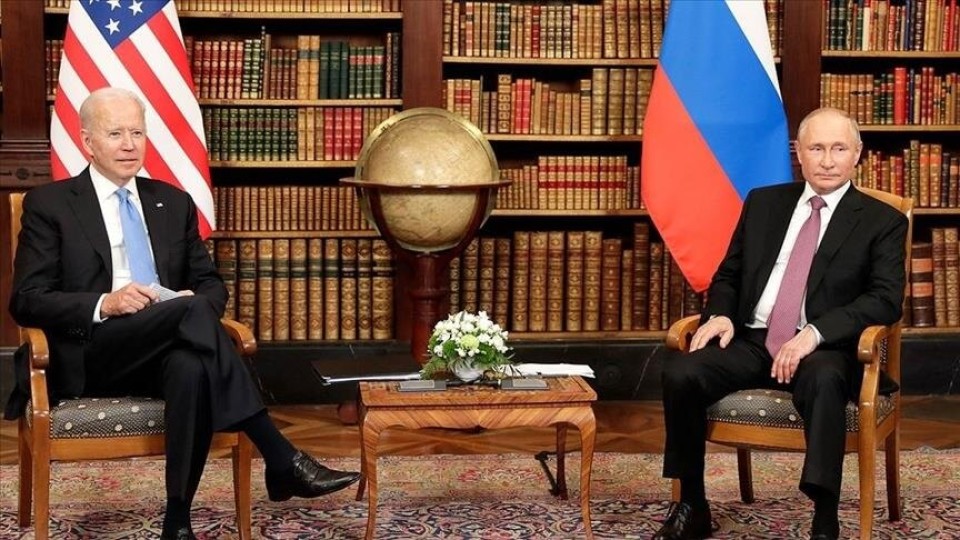 What Biden must do about the Russia-Ukraine war now

In February 1941, facing the devastating bombing campaign by the Nazis known as "the Blitz," Winston Churchill made a direct plea to the United States for assistance saying:

"Put your confidence in us…We shall not fail or falter. We shall not weaken or tire. Neither the sudden shock of battle nor the long-drawn trials of vigilance and exertion will wear us down. Give us the tools, and we will finish the job."

The United States answered his plea, sending desperately needed weapons and food to a war-torn Europe. These shipments were a lifeline to the United Kingdom, allowing them to keep up the fight against the Germans.

Now, more than 80 years later, the United States is once again in the position to help.

Today, facing the onslaught of Putin’s missiles and tanks, the Churchill of our time – Ukrainian President Volodymyr Zelenskyy – has made the same plea to us as another ruthless despot murders innocent men, women, and even children. In his address to Congress last week, President Zelenskyy once again implored President Biden and the United States to do more to help his fellow countrymen.

Just like Churchill, Zelenskyy has not only united his country in defiance of tyranny, he has united the world. His passion, determination, and courage have inspired leaders around the world to come to his country’s aid. Invoking Dr. Martin Luther King’s "I Have a Dream" speech, Zelenskyy said to Congress, "I have a need: I need to protect our sky."

NATO establishing a no-fly zone over Ukraine would put the United States in direct conflict with Russia’s military, potentially escalating this conflict even further. But, with the right weapons systems, Zelenskyy won’t need NATO. He can create his own no-fly zone without risking a wider war between NATO and Russia and without risking American lives. All he needs is Biden to help facilitate the transfer of longer-range air defense systems like the S-300, as well as MiG-29 fighter jets from NATO allies to Ukraine.

As President Biden heads back to Europe, he has the opportunity to help to repair America’s standing as a world leader – a position that has been seriously undermined by his weakness on the world stage and by the catastrophic and deadly withdrawal from Afghanistan – by helping President Zelenskyy get the weapons and aid he so desperately needs.

Biden has the opportunity to stop a murderous thug from once again wreaking havoc and destruction in Europe, and to help the Ukrainians restore peace in their country.

The president must use this trip to Europe to ensure all of our NATO and European allies and partners are united in what our response will be to an even further and more brutal escalation by Putin, especially when it comes to the use of weapons of mass destruction (WMD), like chemical or tactical nuclear weapons.

The Kremlin needs to understand that if they cross this line, they are the ones being provocative, not the United States, not NATO. If that happens, the Biden administration and our allies and partners can no longer drag their feet or allow their fear of being "provocative" dictate what hardware we provide to Ukraine.

Last week, President Zelenskyy urged President Biden to remember that, "To be the leader of the world means to be the leader of peace." This week, Biden has the opportunity to stop a murderous thug from once again wreaking havoc and destruction in Europe, and to help the Ukrainians restore peace in their country.