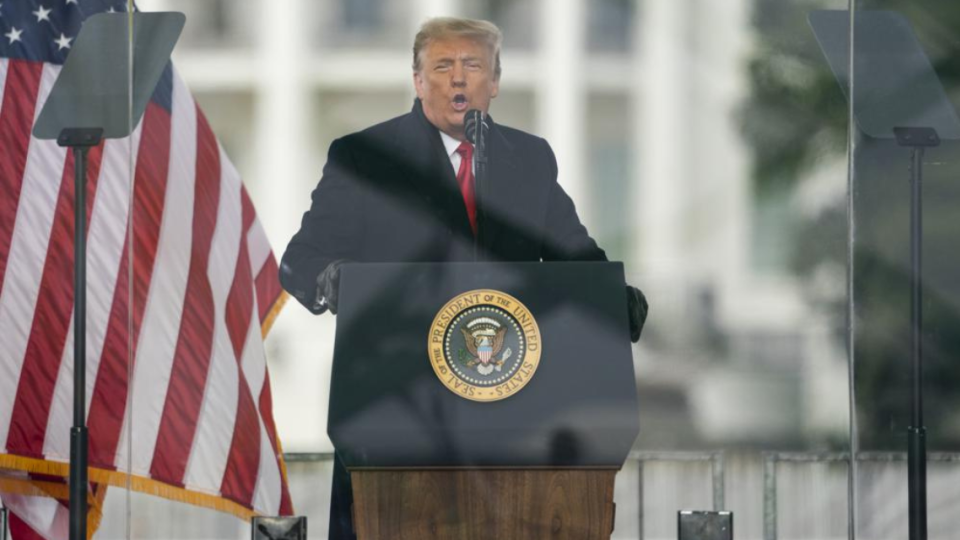 The day began, as they often did, with calls and angry tweets. As Vice President Mike Pence prepared to preside over a joint session of Congress to count the electoral votes that would formalize Democrat Joe Biden’s win, Trump continued to apply public pressure.

Members of the House committee investigating the events of Jan. 6 will hold their first prime-time hearing Thursday to share what they have uncovered about former President Donald Trump’s efforts to overturn the results of the 2020 election

which culminated in the deadly storming of the U.S. Capitol. Part of their mission: Determining the former president’s actions that day.

Much is already known about where Trump was, what he said, and how he reacted. But large gaps remain. What we know:

The day began, as they often did, with calls and angry tweets. As Vice President Mike Pence prepared to preside over a joint session of Congress to count the electoral votes that would formalize Democrat Joe Biden’s win, Trump continued to apply public pressure.

He demanded that Pence reject the results by invoking powers that Pence had made clear to the president he did not possess.

“States want to correct their votes, which they now know were based on irregularities and fraud, plus corrupt process never received legislative approval,” Trump falsely claimed at 8:17 a.m. “All Mike Pence has to do is send them back to the States, AND WE WIN,” he added. “Do it Mike, this is a time for extreme courage!”

Trump continued to repeat his unfounded claims of widespread voter fraud as thousands of his supporters gathered for a “Save America March” rally on the Ellipse outside the White House organized to pressure Republicans in Congress to reject the democratic vote — a move that would have thrown the country into an unprecedented constitutional crisis.

“The States want to redo their votes. They found out they voted on a FRAUD. Legislatures never approved. Let them do it. BE STRONG!” he urged.

Before leaving the White House, Trump placed a call to Pence from the Oval Office and again berated his once-loyal soldier. “You don’t have the courage to make a hard decision,” a seething Trump said, according to an account described in a committee letter.

Trump then went to the rally, arriving around 11:42 a.m. as his campaign soundtrack blasted through the frigid air. Just before noon, he took the stage to his usual “God Bless the USA” and launched a fiery speech in which he complained of a “rigged” election and insisted he would “never concede.”

“If Mike Pence does the right thing we win the election,” he falsely declared from behind a wall of protective glass, telling his supporters, “We fight like hell, and if you don’t fight like hell, you’re not going to have a country anymore.”

He told them he planned to join them on their planned marched to the Capitol, adding that “you’ll never take back our country with weakness.”

By that point, reams of his supporters — many carrying large “Trump” flags — were already streaming across the Mall to the Capitol, where the congressional proceedings were getting underway.

As Trump spoke, Pence released a public letter formally laying out his position in defiance of the president.

“It is my considered judgment that my oath to support and defend the Constitution constrains me from claiming unilateral authority to determine which electoral votes should be counted and which should not,” he wrote.

By 1:12 p.m., Trump had wrapped up his speech and was dancing on stage to “YMCA,” pumping his first and clapping his hands as protesters clashed with police just 1.5 miles away on the Capitol steps.

As the presidential entourage piled into the waiting motorcade, questions flew about whether he would head to the Capitol, as he had told the crowd. Instead, after a delay, the president’s limousine headed toward the White House.

Trump later told The Washington Post in an interview that the Secret Service had barred him from making the trip.

As Trump was returning to the White House, the situation at the Capitol was deteriorating. Rioters in the pro-Trump mob burst through police barricades, assaulted officers, smashed through windows, and rammed through doors.

At 1:49 p.m., D.C. police officially declared a riot. And by 2:15 p.m. Pence and members of Congress were rushed into hiding as the rioters breached the building.

“This is wrong and not who we are,” tweeted the president’s eldest son, Donald Trump Jr., who had spoken at the rally, at 2:17 p.m. “Be peaceful and use your 1st Amendment rights, but don’t start acting like the other side. We have a country to save and this doesn’t help anyone.”

“Mike Pence didn’t have the courage to do what should have been done to protect our country and our Constitution, giving States a chance to certify a corrected set of facts, not the fraudulent or inaccurate ones which they were asked to previously certify,” Trump tweeted at 2:24 p.m. “The USA demands the truth!

Lee reportedly passed the phone to Tuberville, who told Politico that he informed Trump that Pence had just been evacuated from the Senate chamber.

Finally, around 2:40 p.m., as images of protesters marching through the building’s gilded hallways flooded TV screens throughout the West Wing, Trump sent a tweet urging the rioters to stay peaceful.