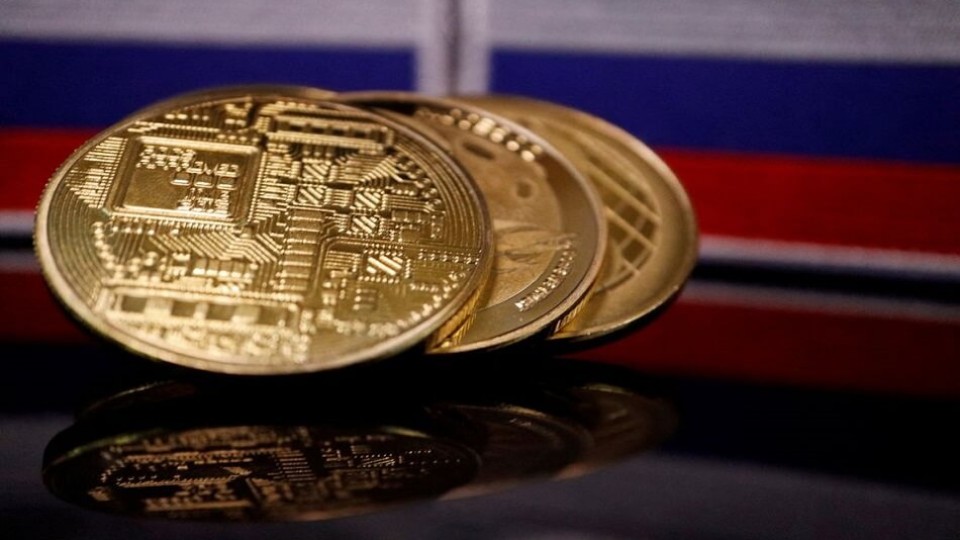 Cryptoverse: The young HODLers keeping bitcoin on an even keel

Bitcoin's been known to freak out when Elon Musk tweets a broken-heart emoji. So why isn't it flying off the handle as we seem to stand on the precipice of World War 3?

That could be down to the new HODLers, in part.

Young retail investors betting on bitcoin as a long-term proposition rather than for quick gains are swelling the ranks of these true believers, whose name emerged years ago from a trader misspelling "hold" on an online forum.

This trend could help stabilise the notoriously volatile crypto market and potentially provide a long-term floor, according to some market watchers who point to the fact bitcoin is up about 5% versus before the Russian invasion.

A study by multi-asset retail investment platform eToro, which says it has millions of users, found that those aged 18 to 34 were far more likely to invest in crypto than anyone else, with 66% of that age bracket owning bitcoin and other digital currencies. That's up from 46% last July.

Perhaps more tellingly, more than a third of those invested in crypto said they believed in its long-term value as "a transformative asset class".

"People who believe in the technology, they're going to be less likely to sell when scary headlines cross the tape," she said, adding that she expected to see more retail investors buying future dips in crypto prices.

While the eToro poll of 8,000 investors only provides a snapshot, the findings chime with other platforms. Crypto exchange Currency.com says 31% of its clients are aged between 23 and 30 years, and 20% between 18 and 20, for example, while another exchange Busha says its average trader is aged between 18 and 40.

"I don't think crypto is a get-rich-quick kind of thing. That's not the whole story," said the 28-year-old Ukrainian public relations professional who is based in the United States.

"It's about being able to send it as and when I want to, to my family in Ukraine or wherever I want to in the world, and not have my money made by a bank or a third party where I don't know what's going on with it," she said.

Any doubts that the retail trader can be a powerful and contrarian force in financial markets were dispelled last year when hordes of small investors drove "meme stocks" such as GameStop (GME.N) to dizzying heights.

For bitcoin, a growing cohort of retail investors digging for the long haul could compound the stabilising effect of long-term investors also doubling down on its stashes of the cryptocurrency.

This seems relatively gentle for an asset prone to wild and unpredictable swings over the years. But be warned: If bitcoin has taught us anything, it is to expect the unexpected.

Musk seems to have particular power; bitcoin dropped 35% in the month of May last year after he said Tesla (TSLA.O) would no longer accept the cryptocurrency for car purchases; it fell anew in June after he posted "#Bitcoin", a broken-heart emoji and a picture of a couple discussing a breakup.

PROFILE OF A CRYPTO TRADER

A survey by U.S. brokerage Robinhood found that 41% of women investors said they never have and never would invest in crypto, versus 24% of male investors.

"The gender investing competence gap is a real thing and it remains even through there was a lot of interest and retail involvement in the crypto market last year," said Christine Wood, chief operating  officer of Robinhood's crypto business.

There could be varied reasons for the male skew, say market players.

"Crypto is at the intersection of finance and technology, which are in themselves male-dominated industries," said Ophelia Snyder, co-founder of Swiss-based provider of crypto products 21Shares & Amun Tokens.