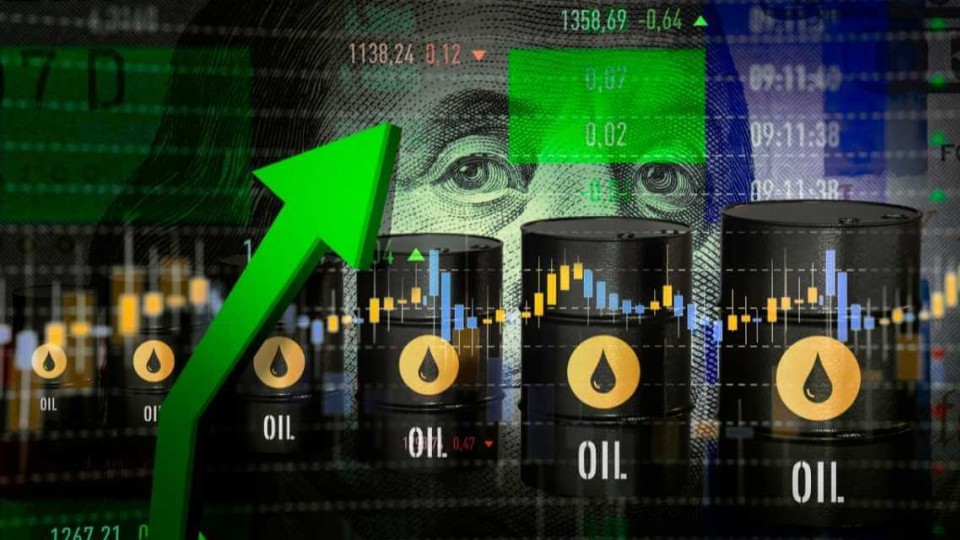 Oil prices rebound after dropping to the lowest in months on weak U.S. demand

On the supply side, ministers for the Organization of the Petroleum Exporting Countries (OPEC) and allies including Russia, known as OPEC+, agreed to a small increase in the group’s output target, equal to about 0.1% of global oil demand.

While the United States has asked the group to boost output, spare capacity is limited and Saudi Arabia may be reluctant to beef up production at the expense of Russia, hit by sanctions over the Ukraine invasion that Moscow calls “a special operation.”

Ahead of the meeting, OPEC+ trimmed its forecast for the oil market surplus this year by 200,000 barrels per day to 800,000 bpd, three delegates told Reuters.

The United Nations chief sharply criticized the “grotesque greed” of oil and gas companies on Wednesday for making record profits from the energy crisis on the back of the world’s poorest people, “while destroying our only home.”

Secretary-General Antonio Guterres said it was “immoral” that the largest energy companies in the first quarter of the year made combined profits of close to $100 billion.

He urged all governments to tax these excessive profits “and use the funds to support the most vulnerable people through these difficult times.”

Guterres urged people everywhere to send a message to the fossil fuel industry and their financiers that “this grotesque greed is punishing the poorest and most vulnerable people while destroying our only common home, the planet.”

The secretary-general spoke at the news conference launching a report by the Global Crisis Response Group he set up to tackle the triple interconnected crises of food, energy, and finance which have especially hit countries trying to recover from the COVID-19 pandemic and deal with the devastating impact of the war in Ukraine.

Romania’s prime minister warned NATO allies that they will have to maintain an expanded troop presence on their eastern flank for at least the medium term as Russia appears intent on creating a buffer between itself and the western military alliance.

The Kremlin responded by saying that the component, which is at a facility in Germany after undergoing routine maintenance in Canada, lacks documentation proving that it isn’t subject to sanctions.

This news wiping out oil's earlier gains on OPEC+'s output announcement. The group agreed to pump an extra 100,000 barrels of oil a day in September.

But it's mostly a symbolic move that likely will have little impact on prices. And for drivers, the price at the pump extends declines to the 50th day in a row. Today, the national average for a gallon of regular gas is $4.16. 19 states have an average gas price below $4.00 a gallon. Heading in the right direction.

But it feels like at least, politically, we're headed for a $3.00 story. And it's a certainly a better news story for the administration.

But we're still, Seana, $1.00, $0.98 higher than we were a year ago. So it really depends upon your perspective. And that OPEC+ news, largely symbolic to your point, is disappointing.

President Joe Biden remains focused on keeping fuel prices down for Americans, the White House said on Wednesday after OPEC+ decided to raise oil output by a modest 100,000 barrels per day, which analysts called an insult after Biden visited Saudi Arabia last month.

"What we're focused on is keeping those prices down," White House press secretary Karine Jean-Pierre said at a news briefing when asked about the OPEC+ decision.

OPEC and allied producers including Russia, a group known as OPEC+, were set to raise output by 100,000 bpd from September. Two sources told Reuters the decision was effectively approved in a closed-door meeting. read more

Analysts said the increase was equal to only 86 seconds of global oil demand.

"That is so little as to be meaningless. From a physical standpoint it is a marginal blip. As a political gesture it is almost insulting," said Raad Alkadiri, managing director for energy, climate, and sustainability at Eurasia Group.

Biden's visit to Saudi Arabia in July was aimed at persuading OPEC's leader to pump more oil to help alleviate high prices in the United States and the global economy.

For weeks, experts have speculated that OPEC+ would pump more oil after the trip and Washington's clearance of missile defense system sales to Riyadh and the United Arab Emirates.

The Saudi trip was scheduled only after OPEC+ announced in early June that it would increase output each month by 50 percent in July and August, Jean-Pierre said.