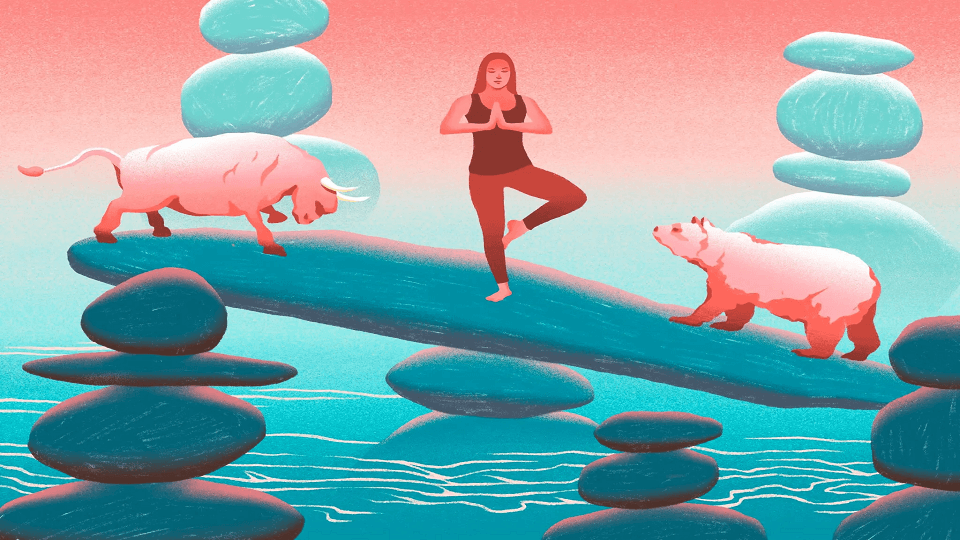 Our columnist spoke with a Nobel laureate, Richard H. Thaler, about how to invest for the long run even if the world seems to be going nuts now.

The worse the news, the less you should think about it.

No, that’s not a good guide to life. But shutting out the din of current events is a reasonable approach when investing.

To be clear, I’m not recommending that anyone ignore Russia’s brutal invasion of Ukraine. It would be outrageously callous to disregard the suffering of Ukrainians simply because the facts on the ground are so disturbing. If you are moved to take action that can make life better for someone in Ukraine — or for a relative or neighbor who has gotten bad news — by all means, do it.

And, of course, it’s impossible to ignore the news if you’re a financial pro who must constantly think about the markets — or a reporter who writes about them, as I do.

But I’m also a working man who has saved money for a child’s college education, a house and retirement, and I’ve come to realize that the news of the day shouldn’t affect what I do as an investor.

In fact, when I’m in investing mode, I try to tune out the noise in the world and focus only on the long-term commitments I can afford to make in stocks and bonds, which I hold in low-cost, broadly diversified index funds.

Sorry For The Confusion

Total immersion in the news and calm isolation from it are very different approaches. Keeping them in separate mental compartments can be difficult, to say the least. Some perceptive readers have noted that I seem to be more worried than usual about the state of the world, and they say those concerns have been seeping into my columns on investing.

For that, I apologize.

In my life, if not in all of my columns, I do try to keep those compartments separate and watertight. Nor am I alone in that approach.

It’s a lesson taught by leading economists, including Richard H. Thaler, the University of Chicago professor who won the Nobel Memorial Prize in Economic Sciences in 2017 for his pioneering work in behavioral economics.

“Sometimes you’ve got to just turn off the news,” he said in a telephone conversation. “Don’t pay any attention to it.”

Professor Thaler, who was an author of the book “Nudge” and appeared as himself in the movie “The Big Short,” is one of the world’s great authorities on how humans behave when they make financial decisions. I got to know him well in the dozen years when he wrote Economic View columns for The New York Times, and on Wednesday night I called him.

I wanted to help the readers I’ve perplexed, and asked what advice he would give.

A Story About Market Timing

“You can tell the following story,” Professor Thaler said. “I was interviewed by one of the financial news networks on one of their morning shows, and they asked me, ‘What should people do the next time the markets are getting very volatile?’ I said my advice would be to turn off this channel and switch to ESPN.”

That’s not a great thing to say to financial journalists, I said.

“Right,” he said. “They switched immediately to a commercial.”

But while he was kidding, he added, he was also serious.

Follow the news, of course, and let your emotions flow. But don’t let them affect your investment decisions, he said. For that, be calm and stick to a plan. If you don’t have a good plan, then build one dispassionately.

“My thing is, that we know that any sudden moves by individual investors are certainly no more likely to be right than wrong,” Professor Thaler said. “If anything, they’re more likely to be wrong than right because our instinct is to sell when markets go down and to buy when they go up — and buying high and selling low is just not a good strategy.”

The news right now is worrisome. But is it a good time to sell — or to go against the tide and search for bargains? It’s hard to tell, and while there are a lot of opinions out there, no one really knows.

That’s why moving in and out of financial markets — “timing the market,” as the jargon goes — is impossible to do well consistently and over long periods, much academic research shows.

“Just stick to your plan,” Professor Thaler said. “That’s not the same as ‘Buy on the dips.’ It means stick to your plan and don’t think you’re a genius and you can beat the market. Because you probably can’t.”

So what constitutes a good plan? You will need to figure that out on your own or with the help of a trusted adviser, but here are some basics.

Start With An Emergency Fund

First, put away enough money to take care of an emergency. Once you have stashed some survival money in a checking or savings account, Professor Thaler said, consider buying inflation bonds, also known as I bonds.

You may not hear about these from a bank or a brokerage: They can’t make money from the bonds, which the Treasury issues directly. At the moment, the bonds are paying 7.12 percent interest. That’s not a typo. They have drawbacks but not major ones.

“These I bonds are perfect for this purpose because they’re very safe and in a real emergency, you could liquidate them,” he said.

When you’re really ready to invest, use low-cost index funds as your core holdings. Most people should plan on investing for decades, even if you’re entering retirement, Professor Thaler said.

“People in their 60s these days have many years of life expectancy,” he said.

I’m in my 60s and betting on my own longevity, investing regularly in the stock market as well as in bonds. I’m also following a recommendation that appeared in a Thaler column in 2011: doing whatever it takes to delay Social Security until I’m 70. “Waiting is the best investment you can make,” he reminded me.