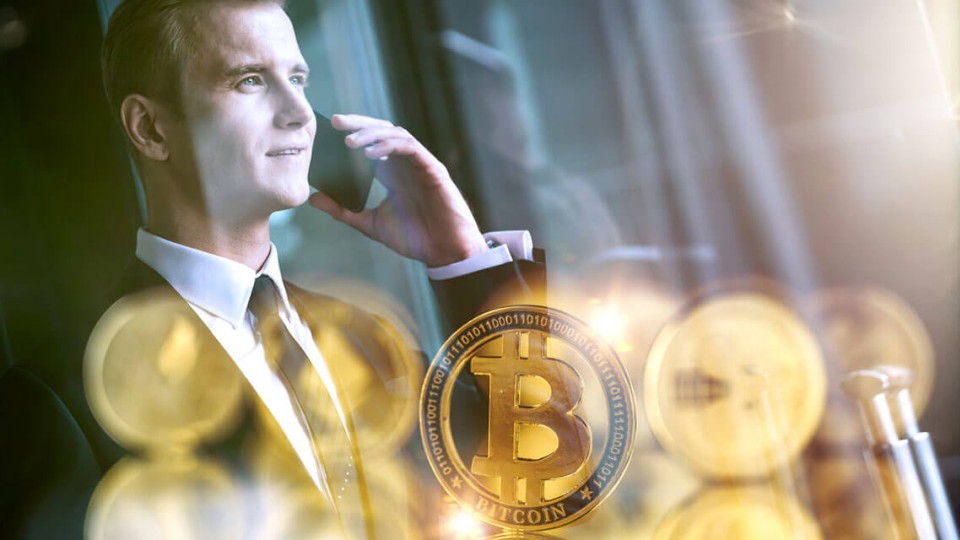 > Micheal Saylor is the CEO of Microstrategy, which is investing heavily in bitcoin.

> Cameron and Tyler Winklevoss are believed to be the first bitcoin billionaires, reportedly holding about 100,000 coins.

Bitcoin is the largest blockchain-based digital asset, with a market capitalization of $896.7 billion as of December 2021. It is wildly popular among cryptocurrency enthusiasts and speculative investors. Several wealthy business owners and entrepreneurs have invested heavily in this digital asset. Now some crypto companies already involved with world famous sport-mans including Messi, Ronaldo.

Here are the leading investors in Bitcoin, compiled from financial reports and media outlets.

Other portfolio companies include Genesis, a liquidity provider—an entity that funds a pool with cryptocurrency—for cryptocurrency buyers and sellers in the over-the-counter market. Digital Currency Group also owns Grayscale Investments, which manages the Bitcoin Investment Trust (GBTC), an investment vehicle that holds 654,600 bitcoin and gives investors exposure to its price movements.2

The co-founder and CEO of business intelligence firm Microstrategy, Micheal Saylor, believes that cryptocurrency is the next biggest investment. Microstrategy increased its bitcoin holdings in December 2021, purchasing 1,434 bitcoins for about $84 million. The company holds a total of 122,478 bitcoins.3

The total value of someone's bitcoins changes with the market price, so an investor's cryptocurrency portfolio may not always have the same dollar value.

Cameron and Tyler Winklevoss are investors in several cryptocurrencies and blockchain-related businesses, most notably the privately-owned Gemini exchange. They are believed to be the first to reach billionaire status by investing in bitcoin, reportedly holding about 100,000 coins worth around $4.8 billion as of December 2021.4

The Winklevoss twins launched the Gemini exchange in 2015.5 The company allows investors to buy, sell and store their digital assets. Gemini launched bitcoin futures on the Chicago Board Options Exchange (CBOE) in December 2017.6

In addition to bitcoin, the brothers are heavily invested in ethereum, although they have not revealed their exact holdings.

Elon Musk is the CEO and co-founder of Tesla (and other companies). Tesla engineers and builds electric vehicles and clean energy products. As an innovative company standing at the forefront of technology, it should be expected that it would own cryptocurrency—Tesla purchased $1.5 billion worth of bitcoin in 2021 to begin accepting it as a form of payment.

Michael Novogratz, a former hedge fund manager at Fortress Investment Group and partner at Goldman Sachs, is a frequent commentator on bitcoin price action. He is the founder, CEO, and chair of Galaxy Digital Holdings, a broker-dealer that offers a full range of blockchain-related asset services.

Galaxy Digital Holdings has interests in nearly every digital asset that has value. Its latest quarterly report mentions restricted cryptocurrency that uses the proof-of-stake (PoS) consensus mechanism—which means GHD is investing in cryptocurrencies like Ethereum, which is migrating to PoS.8

Galaxy Digital focuses on digital assets; in the third quarter of 2021, it purchased $62 million worth of non-fungible token (NFT) related companies.9 NFTs are digital assets that use blockchain technology for security and ownership identification. They became popular in 2021 after digital art secured by NFT technology began selling for millions of dollars.

He's not just an actor and an activist. Ashton Kutcher is also a serious investor, co-founding venture capital firms A-Grade Investments in 2010 and then Sound Ventures in 2015. He was also an early investor in Uber Technologies and Airbnb, just to name a couple.

He's a big Bitcoin fan, too, although his most noteworthy play in the cryptocurrency arena is/was a lower-profile digital currency called UnikoinGold. Meant to be a means of betting on e-sports events, UnikoinGold has since been shut down by the Securities and Exchange Commission.

Nevertheless, Kutcher's interest in an off-the-beaten-path play like this underscores just how wide his field of future-minded vision is.

Famous Bitcoin investor and Twitter founder Jack Dorsey is one of the most vocal and influential proponents of Bitcoin today. In January of this year, Dorsey publicly acknowledged the role his own payments company, Square, was taking to prepare for a future where Bitcoin is commonly and widely used around the world. He plans to integrate Bitcoin functionality into both the Square and Twitter apps, leveraging his power as a social media mogul to expand Bitcoin’s functionality and reach.

Dorsey, a billionaire with a net worth of over $5 billion dollars, has publicly stated that Bitcoin is the only cryptocurrency he is invested in at all. However, despite being a public figure, Dorsey has been very private about the exact amount of his Bitcoin holdings and when first began investing. Publicly, he has backed Bitcoin-related projects since at least 2017 and has spent the last year promoting the expansion of Bitcoin across Ghana, South Africa, and Nigeria.

This famous Bitcoin investor became interested in the cryptocurrency back in 2010 while she was a professor of human rights and computer science courses at Stanford University. While it’s unclear how much money Stark herself holds in Bitcoin assets, she has quickly become an influential figure in the Bitcoin and blockchain technology world. She has been able to gain the support of fellow Bitcoin advocate Jack Dorsey, who has financially backed her company Lightning Labs since 2018.

A famous Bitcoin investor known for his diverse range of investments, Matthew Roszak is a highly respected Bitcoin expert and entrepreneur. He is the cofounder of Bloq, a blockchain technology company focused on developing blockchain solutions for companies and projects around the world. Roszak is also a founder of the private digital asset investment firm Tally Capital that serves companies such as Binance, Blockstream, and Blockchain Capital.

Roszak got his start in the world of Bitcoin in 2011, before Bitcoin came into mainstream view. After Bitcoin was listed as a potential payment source by one of his companies based in Singapore, he got access to Satoshi’s white paper and quickly became interested in the concept of a decentralized currency. He’s participated in coin offerings since 2013 and has been a well-known social organizer for the Bitcoin social community ever since.

Since at least 2013, Zhao has been involved in the global Bitcoin and blockchain tech scene, where he learned about Bitcoin from a friend who he regularly played poker with. He soon began working for a variety of cryptocurrency trading and technology services, including Blockchain.info and OKCoin, where he was the CTO. With an estimated crypto net worth of at least $1 billion, Forbes listed Zhao third in their official list of the Richest People in Cryptocurrency in 2018.